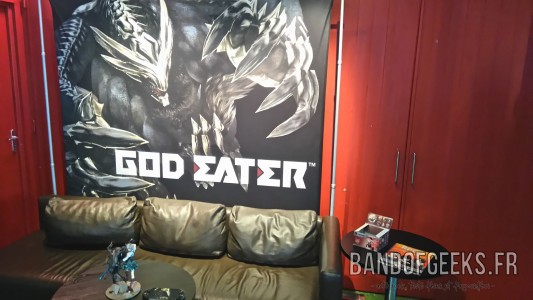 Welcome on Band of Geeks! This is our first (but not last ;) ) article in English, and it covers my interview with Yosuke Tomizawa, the famous producer of the God Eater franchise. The interview was held during the RPG Tour that took place in Paris on the 22th of April.

As a huge fan of God Eater, I’m really excited to meet you today. (I put my copy of God Eater 2’s out of my bag and ask for an autograph)

I have a ton a question to ask and the first that comes to my mind is about another hunting game. Did you play the demo of Toukiden 2, and what did you think about the open world in this game ? I’m asking this question because I think that it would be a perfect setting for God Eater and his story.

Yosuke Tomizawa : (Laughs.) To be honest, this is in my list but I haven’t played it yet. However, I’m really interested in the way they are carrying out their setting, to make the hunting genre into the open world.

I would like to know what’s your reaction about fans strongly asking for the localisation of the God Eater games via petitions, on Twitter and other social media.

Yosuke Tomizawa : Since I’ve been receiving many tweets from Western people for a localisation of the God Eater franchise, I was pretty aware of the demand.

Even if I feel a little sorry for making everyone wait for a long time, at the same time I feel it’s the right moment to bring the two God Eater games into the West. Especially if you want to start from God Eater Resurrection and with the God Eater anime. 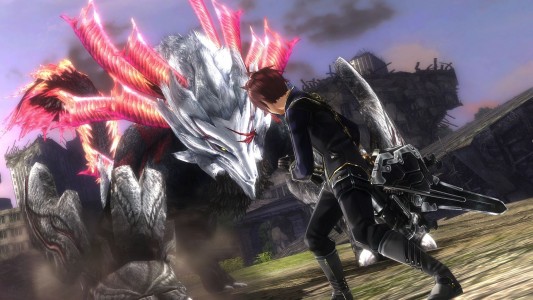 Are we going to see more biomechanics Aragami in the future of the franchise or are you going to look out for another theme ?

Yosuke Tomizawa : In term of overall design and mixture of animalish elements plus mechanical features, we have always been discussing internally how to mix them up as efficiently as possible. But there is no decision for the moment, like « let’s go for a more mechanical side » or « we should do a more animal side ».

But one thing is clear, it’s that our designers are always pursuing innovative designs.

Yeah, I really love those designs and I have to say that they look close to Takayuki Takeya’s works.

Yosuke Tomizawa : Thanks, I’m very happy to hear this.

In God Eater, it seems the humanity could fall apart at any moment, like in the visual novel Muv-Luv (he laughs at the mention of Muv-Luv). Will we see humanity having a chance to overcome the Aragami plague or is there really no hope for humankind in God Eater ?

Yosuke Tomizawa : Since the nature of the game is a fight between Aragami and human beings, just to elaborate the story we need to have a risk or a threat of extinction of all humankind. And that’s why you always feel that humans are on the brink of extinction. But maybe in the future you could feel some turnaround for the human side, for them to be able to be on the winning side.

But again, if human beings finally defeat Aragami completly, it will be the end of our games (we laugh). 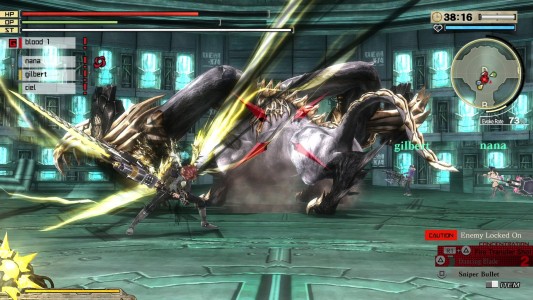 You can hear a lot of talk about other Fenrir branches in God Eater Resurrection and God Eater 2 Rage Burst, but are you planning a game in one of those countries ? It would be great to have a change of setting or even to fight the Aragami threat in your homeland and then travel to help other countries.

Yosuke Tomizawa : l really have  a strong feeling to design a game like that, especially thanks to the open world element. That feature is actually being told in the manga.

Yosuke Tomizawa : (We laugh.) Thank you.  But again, this is my wish that maybe one day we will be able to design a game like that.

In Monster Hunter we are able to fight giant monsters, did you plan to let us fight huge Aragami ? I’m asking this because in the anime you see a giant Aragami and my first thought was « I want to fight it and kill it ! » (He laughs.)

Yosuke Tomizawa : I fully understand that there is a strong demand from the fans to fight such a huge aragami even in the video game.

But to be honest there is a little technical problem when playing the game. If the enemy is too big, it looks like the player is fighting a giant block of meat. So this is something we have been trying to figure out but that’s the current obstacle we are facing right now.

Let’s focus on the characters now. Lindow is my favorite character of the franchise, and I would love to see him make a more active come back in the story of God Eater.

Yosuke Tomizawa : Well since Lindow has become a kind of superman, it’s very difficult for us to put him in a more active role than he’s now.

The gameplay of God Eater is centered around the action element and fights against Aragami, but in some artworks you can see some characters such as Rikka doing preparation works or helping the God Eater while they are fighting by plugging God Arcs. Are you planning to develop this side of the fight, where you help others, in any way ?

Yosuke Tomizawa : It’s a very interesting idea you have there especially with the exemple that you give for the God Arc. There is many characters that want to save the world even if they aren’t God Eater, so not as a main character but somehow I would like to focus on those characters as well and show the collaboration between those people and the God Eater.

But the most important part is to secure the action elements for the players to enjoy the games as much as possible, so adding those features may jeopardize the action part, and that’s not our intention.

But obviously that’s something I want to challenge ! 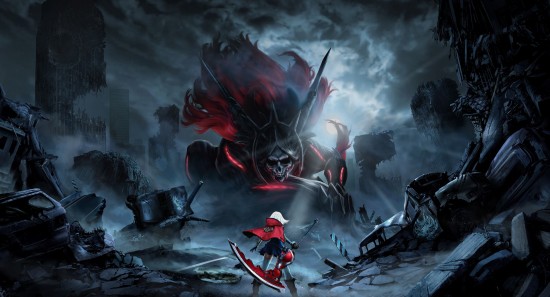 And that’s it, I hope you enjoyed the read as mush as I enjoyed interviewing Yosuke Tomizawa and writing this article ! In the next weeks you will also be able to read interviews of Yosuke Futami, Producer of Sword Art Online : Hollow Realization and Yasuhiro Fukaya, Producer of Tales of Berseria.

And of course, I will keep this article updated so you can have a quick access to the most recent interviews in English ;)